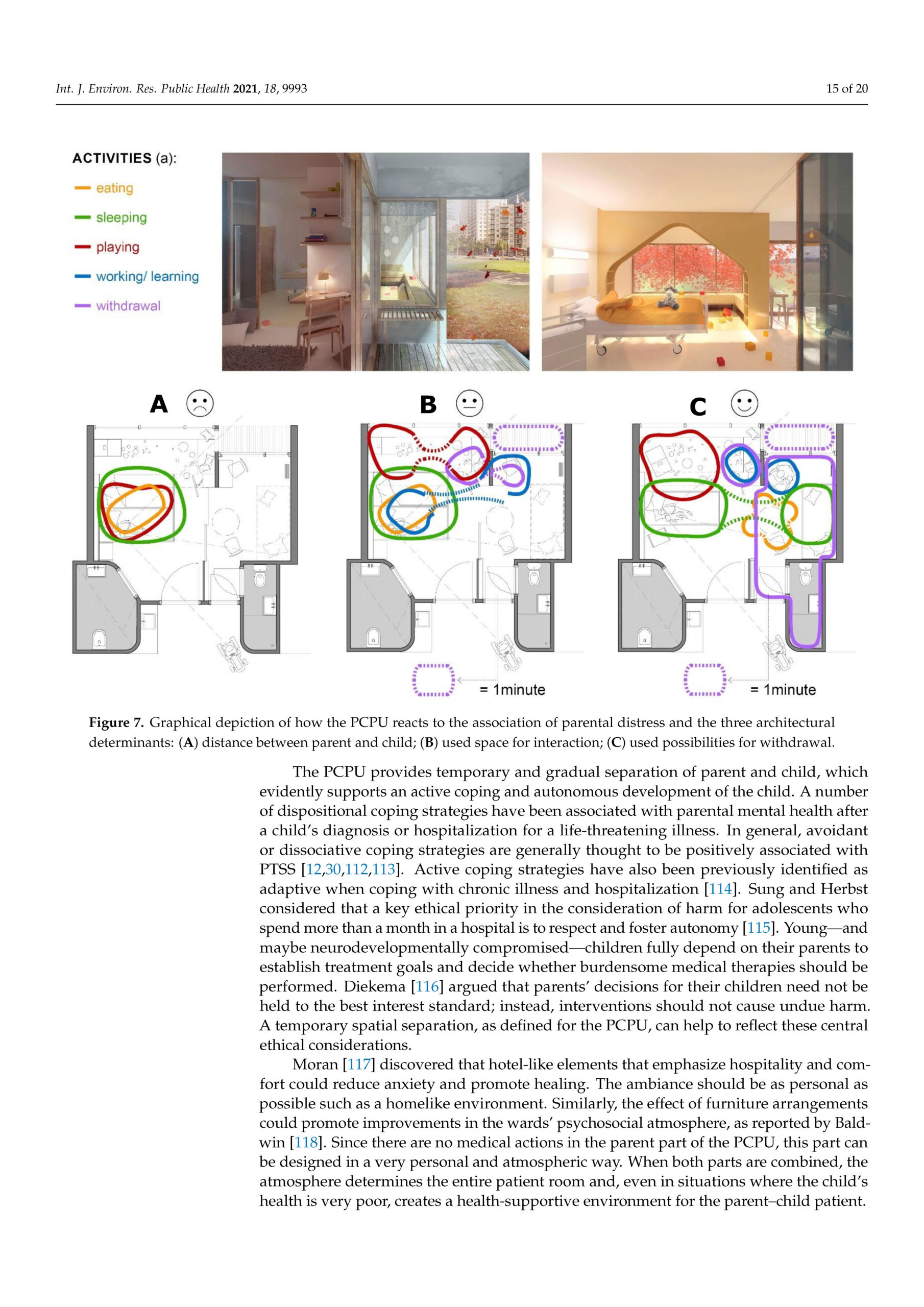 What is a parent-child patient? And why does the latter need a special architecture? In the nationwide study, “The Child Development Supportive Building”, Kopvol investigated these relationships and coined the term parent-child patient. The results of the study lead, among other things, to a novel patient room typology: PCPU, The Parent-Child-Patient Unit, which was primarily realized in 2018 at the Princess Maxima Center for Pediatric Oncology in Utrecht. This article describes previously unpublished results from this study, which demonstrates the evidence-based design of the PCPU and reveals the relationship between parental stress and patient room architecture.

“Children with cancer are frequently hospitalized during diagnosis and treatment. Since the early 1980s, parents are co-admitted because their presence positively affects children’s adjustment to hospitalization and reduces post-traumatic stress. However, the size and overall architectural design of the rooms were never adapted to the doubling of the occupancy rate. Since studies show that many parents experience high levels of distress due to their child’s illness, the purpose of this study was to investigate the impact of the architecture of the aged patient rooms on parental distress. A video observation targeted parent–child interaction related to five architectural determinants: (a) function and place of interaction, (b) distance between parent and child, (c) used space, (d) withdrawal, and (e) duration of the interaction. A total of 22 families were included in two Dutch children’s hospitals. Results show a significant association between parental distress and three architectural determinants: The less anxious the parents were and the better they estimated their child’s well-being, the more distance they created between themselves and their child, and the more space, privacy, and withdrawal options were used. These findings are discussed within a new patient room typology, the parent–child patient unit (PCPU), which reacts to the evident association of parental distress and the design.notes, “So far, this has been little investigated or even evaluated.“

This website uses cookies to enhance the user experience. For further information on this and your right of objection, please read our privacy-page more information